In 2002-2003, in preparation for the reactivation of Greenbush Line of the MBTA Commuter Rail, the Town of Scituate undertook an extensive planning effort to shape the future development of the areas where two new stations would be located-one at the heart of the Village of North Scituate, and the final stop on the line at Greenbush Station. As a result of this effort, the 2006 Town Meeting adopted the Village Business Overlay District (VBOD) with the goal of promoting pedestrian and transit-oriented, mixed-use development at these two critical nodes, including provisions for higher density, multi-family housing. For Scituate, an oceanside community of 18,000 largely characterized by single-family homes on larger lots, a historic harbor area, and often struggling, “mom and pop” commercial development, the adoption of the VBOD was intended to diversify both the tax base and the demand for a wider variety of housing types. The VBOD By-Law spelled out specific design guidelines, specified a mix of commercial and residential development, and permitted residential densities ranging from 16 to 36 units per acre with a 15% affordability requirement.

Following the statewide slowdown prompted by the 2007/2008 housing crises and recession, developers are now actively working with the Town to fufill the goals of the VBOD mixed-use district. In May, 2015 the Planning Board issued a Special Permit for a 30-unit, mixed use development in three buildings on a 1.4-acre parcel within walking district of the Greenbush Station. Community benefits from the Project, which is currently under construction, include the preservation of an existing historic home on the site, the creation of 4 new affordable units, the installation of section of new sidewalk along the right-of-way, and parking lot and access improvements for a much-loved local bakery on the adjacent property. 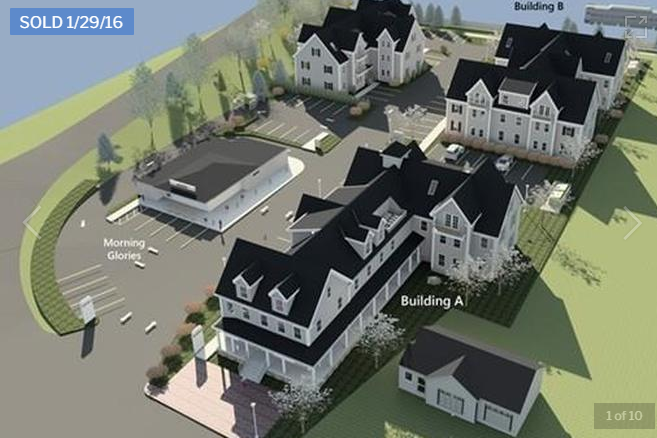 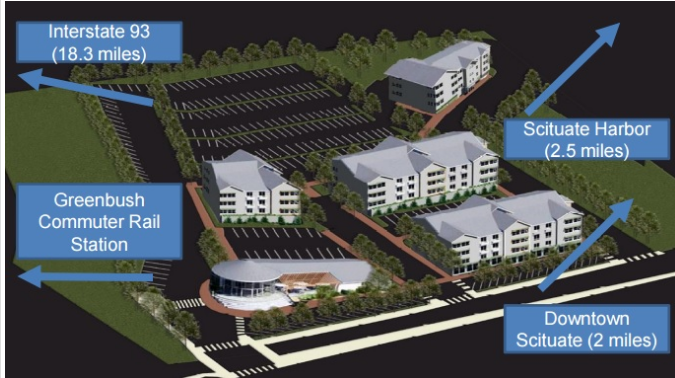